The Sociophonetics of Sexuality, Gender, and Gender Identity: Acquisition and Processing across the Lifespan 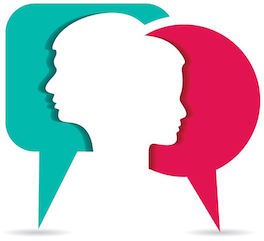 Men and women speak differently.  While many (if not most) of these differences are due to sexual dimorphism of the speech-production mechanism, there are numerous speech differences that appear to be linguistically and culturally conventional, learned behaviors.  Moreover, the growing body of literature documenting differences in speech between gay/lesbian, and heterosexual individuals appear unlikely to be grounded in anatomical or physiological differences, instead reflecting learned behaviors.  This talk will review three recent studies in my research lab investigating the sociophonetics of gender and sexuality.  The first study examines speech differences between boys with and without gender dysphoria (Munson, Crocker, Pierrehumbert, Owen-Anderson, & Zucker, 2015).  The second study examines whether sex differences in on-line language formulation can help explain some of the observed differences between men and women's speech.  The third study examines whether children with speech sound disorder have less gender-typical speech than their peers with typical speech production.  [Work funded by NSF]

As a result of attending this lecture, participants will be able to:
1. Name some differences in speech characteristics of boys and girls
2. Discuss consequences of sex differences in child speech
3. Explain how socially related linguistic variation fits in with models of language production and comprehension
4. Describe the differences between boys with and without gender dysphoria

Dr. Benjamin Munson is a professor in the Department of Speech-Language-Hearing Sciences at the University of Minnesota, Twin Cities.  He received his MA in Speech-Language Pathology (1997) and his PhD in Speech and Hearing Science (2000) from Ohio State University.  His primary programmatic research examines speech-sound development and disorders using a variety of experimental techniques.  His secondary line of research examines the acquisition and processing of socially meaningful linguistic variation.

Dr. Munson has published over 50 peer-reviewed articles and 25 chapters.  He is a past Associate Editor of Journal of Speech, Language, and Hearing Research and Journal of the Acoustical Society of America.  An ASHA Fellow, he is also a past recipient of the JSLHR Editor's award and the ASHA award for early career achievement in research.